During an event at Mahatma Mandir in Gandhinagar, Modi laid foundation stones for the EV battery unit at Hansalpur 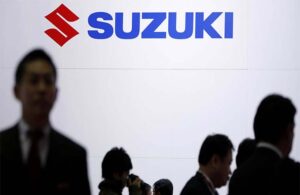 This comes even as Prime Minister Narendra Modi laid the foundation stone for an electric vehicle battery manufacturing plant of the company at Hansalpur in Gujarat.

During an event at Mahatma Mandir in Gandhinagar, Modi laid foundation stones for the EV battery unit at Hansalpur and Maruti Suzuki’s upcoming manufacturing plant in Kharkhoda, Haryana.

The facility at Hansalpur will be set up with an investment of around Rs 7,300 crore. It would manufacture advanced chemistry cell batteries for electric vehicles.

On the other hand, the vehicle manufacturing facility in Kharkhoda, Haryana, will have the potential to make one million passenger vehicles per year.

This would make the unit one of the largest passenger vehicle manufacturing facilities at a single location in the world. The first phase of the project will be set up with an investment of over Rs 11,000 crore.

“We are pleased to announce that we have established a new company, Suzuki R&D Center India. This new company is wholly owned by Suzuki, Japan. We aim to strengthen our R&D centre competitiveness and capabilities in new fields of technology not only for India but also for the global markets. Furthermore, we will strengthen our ties with Indian academic institutes and start-ups to develop diverse human resources,” said Suzuki Motor Corporation President, T Suzuki.

The event also commemorated 40 years of Suzuki in India through its joint venture (JV) Maruti Suzuki.

“The association of Suzuki with the families of India is now 40 years strong. The success of Maruti Suzuki also signifies the strong India-Japan partnership. In the last eight years, these relations between our two countries have reached new heights. Today, from the bullet train in Gujarat-Maharashtra to the Rudraksh centre in Banaras, many development projects are examples of India-Japan friendship,” said Modi on the 40 years of Suzuki in India.

According to T Suzuki, over the years, India had become one of the most important countries for the Suzuki Group.

“During the last financial year, Suzuki Group produced about 2.8 million automobiles across the world. Of those, more than 1.6 million units, or about 60 per cent, were produced in India. Also, exports from India reached the highest ever of about 240,000 units last year. Today, India plays a significant role as a global automobile production hub for the Suzuki Group,” Suzuki added.

RC Bhargava, chairman of Maruti Suzuki, said, “Maruti Suzuki is fully committed to the government’s programme to reduce carbon emission. EVs will be manufactured from 2025 in Gujarat. We will continue to promote larger use of all other fuels and technologies to reduce carbon and consumption of oil.”

Modi also said that India had announced, during climate meet COP26, that it will achieve 50 per cent of its installed electrical capacity from non-fossil sources by 2030.

“We have set a Net Zero target for 2070,” said Modi, while talking about Maruti Suzuki’s efforts towards biofuel, ethanol blending and hybrid EVs.