After the Nepalese market, the unicorn start-up will be taking the e-scooters to the LATAM, ASEAN and the European Union soon.

Expanding its business in global market, Ola Electric has announced its plan to launch S1 scooters into the global market. 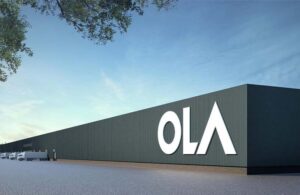 The company’s co-founder and CEO, Bhavish Aggarwal announced on Twitter. “Now we’re taking this global! Announcing our entry into Nepal today. By (the) end of 2022, Nepalese consumers will join the revolution,” he wrote in a Twitter post.

The company has signed an MoU with CG Motors in Nepal partnering them as local distributors for its scooters for S1 and S1 Pro models.

He also issued a statement where he said, “The global EV revolution so far has been limited to the West and to China. To truly take the EV revolution to humanity scale, India will have to be the epicenter of change. Ola is committed to creating the EV paradigm for the rest of the world by building half of the vehicles that the world needs right here in India.”

He further added that the international expansion also means that India will play a leading role in driving the EV revolution for the world.

After the Nepalese market, the unicorn start-up will be taking the e-scooters to the LATAM, ASEAN and the European Union soon.

This announcement comes days after the cab-hailing platform announced that it has laid off 200 employees across different software teams.

It also released a statement in the media that read, “Ola Electric, India’s largest EV company, has been increasing its focus on non-software engineering domains with a clear focus on building engineering and R&D capabilities across – vehicle, cell, battery, manufacturing and automation, autonomous engineering streams. The company currently has around 2,000 engineers and aims to increase its engineering talent pool to 5,000 over the next 18 months. In light of these efforts, the company is centralizing operations and is undertaking a restructuring exercise to minimize redundancy and build a strong lateral structure that strengthens relevant roles and functions.”

ANI Technologies, parent company of Ola, also said that they have already opened 20 experience centers and they plan to take this number to 200 by March next year.