Emergence of Battery Swapping- A Start of EV Revolution?

Catching up in Indian cities and localities, Battery Swapping Companies in India will soon establish its foothold in every part of the country 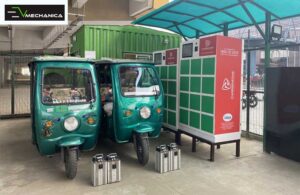 Intent to paint the automobile picturesque of India under the electric banner, the Indian government has stepped up its drive for electric mobility for its ambitious target.

Inching closer to its goal of eradicating fossil fuel-based resources, the government has introduced a new method of luring Indians toward mass Electric Vehicle (EV) adoption through Battery Swapping.

Discerning the mentality of a common Indian who values cost-effectiveness and the life cycle of a product before any purchase, the government has now presented an effective alternative for prolonging the life cycle of an electric vehicle by simply replacing its battery once used.

This initiative has greatly boosted the morale of Indians who were anxious about the short life cycle of batteries running out.

Catching up in Indian cities and localities, Battery Swapping Companies in India will soon establish its foothold in every part of the country, such that people will go to any local stores or retail outlets and can easily swap their used batteries for recharged ones.

Supported under the government’s umbrella, some innovative Battery Swapping Companies in India have recently emerged their heads to follow up on the rising trend.

This initiative would not only help India cut down on transport emissions, but will also offer a much-needed boost to its electric footprint.

Considering the technology invested in swapping different types of batteries going around in the Indian market, we have selected some of the emerging Battery Swapping Companies in India who are making their names in this trending segment. 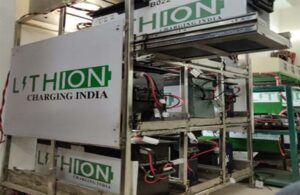 Details- Known as one of the leading Battery Swapping Companies in India, Lithion Power has emerged as India’s largest “Battery as a service” operator, which offers lithium-ion batteries for e-bikes and 3-wheelers as well as battery swaps.

Partnerships- Currently working with several EV OEMs, the company has partnered with fleet operators, asset managers and a few EV entities in the market.

Scale- Aimed towards a target of multi-fold augmentation, the company is looking forward to the wide-scale expansion. 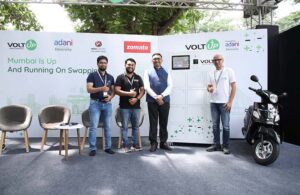 Details- Securing its place in the leading Battery Swapping Companies in India, VoltUp has built an ecosystem for a one-stop battery swapping platform for all 2 and 3-wheeled vehicles.

Keeping up with its target to establish 120 docks in 10 locations between Goregaon and Borivali in the western suburbs, the plan is to add 50 locations by year-end to cover the stretch from Churchgate to Mira-Bhayandar.

Scale- Aimed to scale its business in the Indian ecosystem, Voltup plans to set up 1 million EVs running on a smart sustainably fuelled battery swapping network as one of the top Battery Swapping Companies in India. The company has established 6 swapping stations in Jaipur and 3 in Kolkata. 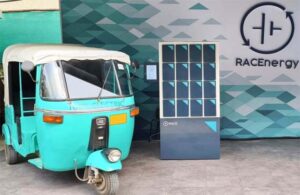 Partnerships- The company had teamed up with the New & Renewable Energy Development Corporation of Andhra Pradesh (NREDCAP) to launch the first battery-swapping station in Tirupati to pilot five retrofitting in 2021.

Later on, the company partnered with Hindustan Petroleum Corporation (HPCL) to establish a new battery swapping station in Hyderabad.

Scale- RACEnergy has targeted to spread its market to other states as the company raised $1.3 million from angel investment firms to enhance R & D, scale the company’s swapping technology and infrastructure, and fulfill pre-orders received in Hyderabad and surrounding Tier II cities. Therefore, establishing its name as one of the emerging Battery Swapping Companies in India. 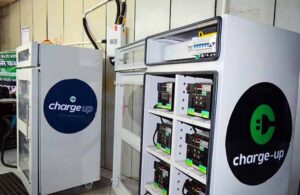 Details- Making it name as one of the top Battery Swapping Companies in India, the company offers a battery swapping network for electric two- and three-wheeler vehicles.

Partnerships- Chargeup has teamed up with Microgrid Labs to formalize a business engagement with BECIL to be their technology partners in April 2022 and has also partnered with Paisalo Digital Ltd and Goenka Electric Motors (GEM), to offer e-rickshaw drivers an affordable price range of INR 90,000.

Scale- The company has revealed to have established 100 swapping stations and 800 drivers on the platform.

And in February 2022, Chargeup successfully financed $2.5 million to expand its network in new cities and build bigger capacities.