EVs catching fire is not seen in products of established car and two-wheeler makers who are also involved in EV production.

Under the light of recent showroom fire incident, Telangana’s Transport Minister Puvvada Ajay Kumar has put forth his idea on building a panel comprising ministers oversee the implementation of the State’s Electric Vehicle (EV) policy to main standards in terms of safety, manufacturing and expansion of allied infrastructure. 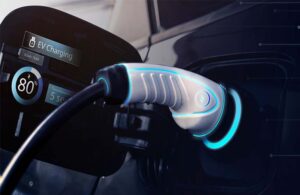 Kumar was speaking days after a fire broke out in a cellar where electric scooters were parked. The fire killed eight people and injured at least 10 others.

The transport minister said the Industries and Commerce Department deals with the manufacturing of EVs, Energy Department is concerned with batteries and charging stations and Transport Department is tasked with their registration. Given that EVs and allied infrastructure are in the initial stages, there should be better coordination between departments.

“What we are thinking is, and I request Minister K T Rama Rao to take stock of this, and call a meeting of the ministers of these three departments and form a group of ministers for the EV policy to be taken forward,” Kumar said.

Describing it as a case of “the early bird gets the worm”, Kumar opined that a large number of players had “hastily” entered the EV market. Several companies, he said, do not have enough experience in terms of research and development. EVs catching fire is not seen in products of established car and two-wheeler makers who are also involved in EV production.

“I think, the probable cause (of EV fire hazards) is that no proper research and development is happening in many cases. It is happening with mostly two-wheelers and not four-wheelers. And in two-wheelers, because of the low-cost investment, many people have entered the market, such as bicycle manufacturers. Even those who have no experience in the automobile industry, especially EVs are also coming. Now the question is that there should be a proper screening mechanism to check the integrity of these products,” Kumar said. “It becomes mandatory for the industries department and counterparts to check the manufacturing units that are coming up, have proper R and D and do test-drive and have safety measures in place.”

The transport minister said that the Telangana State Renewable Energy Development Corporation (TSREDCO) had the funds and permissions to set up EV infrastructure such as charging stations.

Check Out Most Awaited Electric Cars in India