The software enables the car to automatically carry out some driving functions but requires a driver behind the wheel. 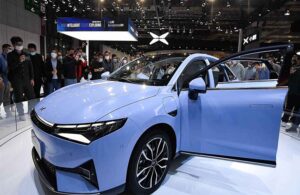 The Chinese start-up announced that it was piloting a feature known as City NGP, which stands for navigation-guided pilot.

Xpeng claims that City NGP will allow the vehicle to perform a “full range of driving tasks,” including cruising at a “safe distance” from a car ahead, changing lanes and overtaking, getting around stationary automobiles or objects and maintaining an “appropriate speed” through the route.

It is designed specifically for urban areas rather than highways. Urban areas are more complicated environments for autonomous driving because of the number of potential objects and scenarios a driver might face.

City NGP is being trialed with some users of the premium version of it P5 sedan in the southern Chinese city of Guangzhou, where the company is headquartered, it said.

The software enables the car to automatically carry out some driving functions but requires a driver behind the wheel.

Xpilot and City NGP is Xpeng’s answer to Tesla’s Full Self Driving Beta, which the company is currently testing with customers in the U.S.

Charles Zhang, vice president of Xpeng, commented that the pilot of City NGP brings the company “one step closer to full autonomy.”

However, Xpeng will likely need to prove the reliability and safety of its system before Chinese regulators allow the company to roll out the feature across the entire city of Guangzhou, let alone the country.

Advanced self-driving features have become a key selling point for the plethora of Chinese electric car companies in what has become a fiercely competitive market.

Xpeng’s rivals including Nio and Baidu’s EV company Jidu, are all developing such technology.

Xpeng said that those trialing City NGP will need to download it via an update.

Drivers will also have to undergo a seven day “familiarization period” with the system, and log over 100 kilometers of driving, before City NGP can be used on all available roads.