Setting its target to high expectations, Tata Motors has set its target to 5x growth in EV sales from the current levels by the end of 2023-24. 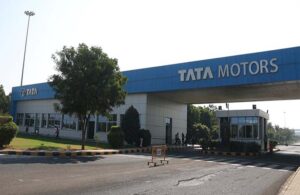 This target was claimed by the automaker’s chairman N Chandrasekaran in a reply to its shareholders at the 77th Annual General Meeting (AGM).

“We are determined to increase our growth in EV sales at a very significant rate. Our target is to cross 50,000 cars this year and 100,000 cars next year. We are on an aggressive growth path,” said Chandrasekaran, answering a shareholder’s question on the company’s EV targets.

Even as the company pursues its EV-related goals aggressively, safety is a very important element, the chairman stated. In response to the company’s findings regarding the recent e-Nexon fire, he said it was a one-off incident and Tata Motors has formed a dedicated team to look into it.

“The fire incident is a one-off. We have formed a team to find out why it occurred. We want to go to the root of the problem. Once we find out, we can communicate transparently. We are very determined to ensure that such incidents don’t happen and we are absolutely safety proof in our products,” he said.

The TPG Rise-backed Tata Passenger Electric Mobility (TPEM), the company’s subsidiary has committed to invest $2 billion in the EV sector over the next few years and has ambitions to be a global player.

Underlining the commitment to get to net-zero emissions (Scope 1, 2 and 3) by 2039 for JLR, 2040 for passenger vehicles (PVs) and 2045 for commercial vehicles (CVs), he said a clear road map is being drawn and several actions are already underway to deliver the same.

“The shift to sustainable mobility is irreversible and the group will be among the leaders of green mobility globally,” Chandrasekaran said in his opening address to the shareholders.

He also assured an aggrieved shareholder that “it will soon become a dividend-paying company.” He attributed the non-payment of dividends to the accumulated losses. Tata Motors last paid dividends in FY14.

He said the move of bifurcating the company’s businesses into separate entities has paid off well and made it leaner and more customer-centric. “Each of these businesses are now self-sustaining which gives me greater confidence to reiterate that we will get to near-zero net automotive debt by FY24, a timeline I had announced/committed in my address at the last AGM.”

Despite the headwinds, Chandra re-iterated that the company is on track with its target of becoming a near-zero debt company by 2024.

The Unheard Story of Electric Vehicles (EVs) in India