The move will enable the government to maintain a digital record of domestic value additions during the EV manufacturing process.

Taking a stricter stance on EV manufacturers that are claiming subsidy under the faster adoption and manufacturing of hybrid and electric vehicles (FAME II) scheme, EV manufacturers will now have to link their enterprise resource planning (ERP) systems to a government application interface (API) by 1 October. 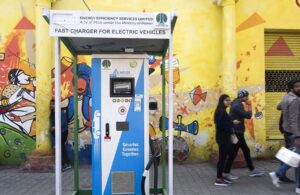 The move will enable the government to maintain a digital record of domestic value additions during the EV manufacturing process.

The move follows an investigation by the government on complaints that some original equipment manufacturers of EVs were flouting localization rules laid down in the phased manufacturing plan of FAME II scheme.

Subsequently, subsidies given to these OEMs were frozen 4-5 months ago, after the department found evidence of them declaring incorrect and insufficient data on localization in the vehicles, while continuing to offer the benefits of the scheme to customers and, consequently, claiming it from the government.

“The conditions of FAME-II scheme as they were notified will remain the same. We have now added traceability. DVA is now traceable in a manner that no cheating is possible. We are not changing the rules of the game. We are saying go by the rules, you are being watched. Don’t think you can get away with government money without making in India,” Arun Goel, Secretary, department of heavy industries added.

The loopholes that could have enabled OEMs to get away with not adhering to these norms will be plugged by way of digital traceability in the government systems, he said.

“From the ERP of the OEM, DVA data will be transmitted to the government portal, but the company will have the discretion to withhold the breakup of information if they have a non-disclosure agreement with suppliers. They will give us the sum total and we will believe them. Only if there is a complaint, we will go into the digital records. This results in greater ease of doing business and a fool-proof process with complete automaticity.”

“We already have the system in place for the production linked incentive scheme (PLI) for automobiles, and we are introducing it in FAME-II from 1 October. We are not creating any additional burden for the OEM. All we want is data to the extent that there is DVA,” Goel said.

For errant OEMs, however, central agencies may inspect vehicles against which subsidies were claimed for domestic content addition.

“Whosoever is following the PMP norms, they’re getting subsidies and where we got complaints, we checked through our technical team, and where there was substance in complaints, the payout in proportion to what they have drawn by making wrong claims have been withheld. So if they are able to convince the technical teams, that the vehicles are actually made in India, that amount will be restored,” Goel added.