EV Charging Provider to Power its Network with Renewable Energy

The company is now expecting to cover at least 25 cities with renewable energy-powered charging stations. 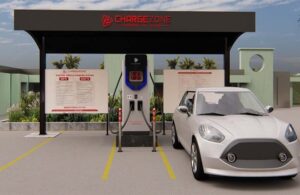 The announcement of NITI Aayog and CESL for rolling out 50,000 e-buses offers a major opportunity for the e-mobility industry to invest up to USD 5 billion in charging infrastructure, while for renewable energy, it opens up a new segment of up to 2000 MWp of investment, the company claimed.

“The timing of this announcement could not have been better as our team of 100+ electrical engineers continues to push the energy envelope for a monthly sale of 3-million energy units to its existing customers and scout the opportunities beyond,” Kartikey Hariyani, Founder & CEO of CHARGE+ZONE, said.

The company is now expecting to cover at least 25 cities with renewable energy-powered EV charging stations.

The company said it has set up over 1,450 charging points across 650+ EV charging stations, serving around 5,000 e-vehicles daily.

Under this initiative, it has deployed its first 200 KW solar rooftop for Ashok Leyland’s electric buses in Patna, which can source 20 percent of its daily energy requirements through green energy.

Over the last three years, the company has built an EV charging infrastructure of over 700+ fast DC charging stations pan-India, with the network rapidly being expanded for both inter-city travel across 3,000 kms as well as urban e-mobility applications, the company said.