In efforts to ease the issues faced by its residents regarding electric vehicle stations, Delhi government has launched an open database facility for EV charging and battery-swapping stations on its Switch Delhi portal. 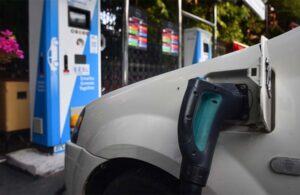 Through this database facility, the Union territory’s all EV players will get the open access to more than 2,500 charging points in Delhi who can further develop platforms to provide seamless information about charging and battery-swapping stations to all EV users in Delhi.

“In 2021, the Delhi government came up with an open database for bus transit, which was a big success. The same is being used by Google, Uber and many more. With the launch of the open database facility for EV charging, Delhi is making a move towards solving the biggest problem of EV users, which is range anxiety,” Transport Minister Kailash Gahlot said.

“It will enable them to use their favorite apps to locate more than 2,500 charging points and battery-swapping stations across Delhi and the number is expected to reach 18,000 by 2025,” he added.

Its Clause 6.4.2 of the policy states: “An open, publicly-owned database shall be developed by Transport Department, GNCTD, offering historical and real-time information on public charging infrastructure….”

The department has now put in place an open, publicly-owned database facility in line with the mandate of the policy.

According to details, the database can be accessed by the registered entities and individuals for submission and retrieval of historical and real-time information pertaining to public charging and swapping infrastructure through the ev.delhi.gov.in/openev portal, the officials said.

Tesla’s Supercharger Stations Rise by 34% in a Year