The investment does not include an offtake agreement, but there is potential for supplying BMW in future

German automaker, BMW has recently made an investment in Jetti Resources, the firm who has the technology to extract more copper from low-grade resources and produce metal with a low carbon footprint. 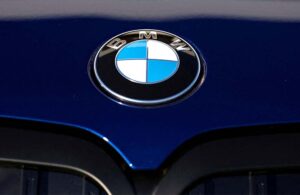 BMW and other automakers are forging deals to ensure supply of copper and other critical raw materials that may see shortages in coming years as demand soars for a planned surge in electric vehicle production.

BMW, which is aiming for at least half of its vehicles to be all-electric by 2030, did not disclose the size of the investment in privately-held Jetti taken by its venture capital fund BMW i Ventures.

Electric vehicles require about 2.5 times more copper than internal combustion cars, according to S&P Global, which also forecasts shortfalls because demand for the metal used in the power sector is due to double to 50 million tonnes by 2035.

Since Jetti’s technology involves leaching instead of smelting, it requires less power and cuts CO2 emissions by about 40%, according to U.S.-based Jetti.

“This new process has the potential to improve the environmental footprint and integrity of our supply chain, even with growing demand for resources like copper,” said Wolfgang Obermaier, Head of indirect goods and services for BMW.

The investment does not include an offtake agreement, but there is potential for supplying BMW in future, a BMW spokesperson said.

Jetti’s technology has been rolled out in several pilot projects and at one commercial site for Capstone Mining Corp, which said it doubled copper production at an Arizona mine.

Since Jetti’s technology can extract metal from low-grade material it can extend the lives of mines and be used on material stored in dumps and considered waste.