It has invited a couple of big Indian auto companies to explore mining opportunities there.

Australia has been planning to partner with India for lithium-ion batteries production to expand its presence in the electric vehicle segment globally. 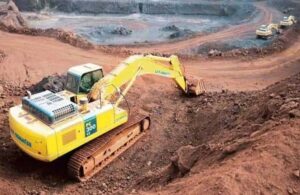 It has invited a couple of big Indian auto companies to explore mining opportunities there.

This is in line with India’s growth projection for EVs sales till 2030.

The government has set the target of EV sales penetration of 30 percent of private cars, 70 percent of commercial cars, 40 percent of buses and 80 percent of two and three-wheelers by 2030, which amounts to having 8 crores EVs on road.

“A couple of Indian auto companies have been invited by Australia to explore lithium mining there. If this materializes, then Australia will benefit in terms of demand for its product. The US, besides some other countries, sources lithium from Australia under their free trade agreement (FTA). Collaboration with India will give a further boost to its product,” an industry source who didn’t want to be quoted commented.

“It will be a game-changer for India’s EV market. These batteries are mainly imported from Taiwan and China, so setting up a factory here would lower the production cost and attract companies like Tesla,” the source stated.

Meanwhile, the collaboration will also help the country in fulfilling its global commitments to decrease carbon emissions and give impetus to the use of clean energy in line with the targets laid out by Nationally Determined Contributions (NDCs) under the United Nations Framework Convention on Climate Change.

India and Australia in April this year signed India-Australia Economic Cooperation and Trade Agreement (IAECTA) to double trade between the two nations and create one million jobs.

In addition, as per sources, US Commerce Secretary will also likely visit India later this year to seek opportunities in the semiconductor sector.