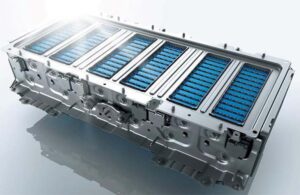 The $1.3-billion Amara Raja group will be investing around Rs 7,000 crore in lithium-ion while continuing its focus on traditional lead acid batteries.

“During the first phase, we will be investing around Rs 6,000-7,000 crore by 2025-26. We have a research and development centre at Tirupati in Andhra Pradesh,” said Vikramadithya Gourineni, Executive director at Amara Raja Batteries, and Managing director of Amara Raja Power Systems.

Amara Raja Group said it has already developed a technologically advanced power electronics team focused on the swapping and charging infrastructure, whilst looking at future business growth. Gourineni added that the company is already supplying cells to a few electric three-wheeler manufacturers in India.

The Amara Raja group said that the merger between Amara Raja Power Systems and Amara Raja Infra is on track and is expected to be over by the end of FY23. This was announced as part of a group restructuring last year.

“We have already got approval from shareholders and bankers. We expect to get the National Company Law Tribunal orders by the end of this year,” said Gourineni.

Based on a business road map, the Rs 1,200-crore power and infrastructure business is expected to touch Rs 3,000 crore by 2025. The key growth drivers for the segment are likely to be the rail business – which include electrification, signalling, and telecommunications – renewable and data centre businesses.

In renewables, the group has a 700-megawatt (Mw) solar portfolio, of which around 500 Mw is in execution stage and 200 Mw has already been commissioned.

“Of the Rs 3,000-crore target, the share of railways will be around 20 per cent. We may see huge opportunities in the solar segment as well,” said Gourineni.

Last year, it bagged a contract with NTPC (formerly National Thermal Power Corporation) to set up India’s first green hydrogen fuelling station in Leh at a height of 3,600 metres above sea level.

“It is our first project in the mobility segment. We feel the industrial sector is low-hanging fruit in hydrogen – especially in areas like steel, cement, and fertilizer. Hydrogen may be largely adopted on the industrial side,” added Gourineni.

Emergence of Battery Swapping- A Start of EV Revolution?